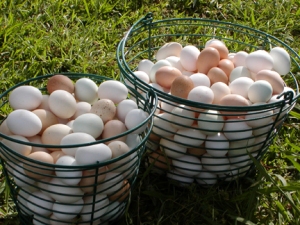 Over the last couple of days, we’ve argued that it is a mistake for Mohnish Pabrai, or other successful investors, to expand the number of positions in their portfolio in order to lessen volatility. Yet, you’ve heard enough from me; what do the professionals have to say?

Warren Buffett’s compounded annual partnership returns from 1957-1969 were 31.6%. Though it is not easy to determine the relative size of the partnership’s positions, it is well known that Buffett put 40% of the partnership’s assets into American Express during the Salad Oil Scandal of 1964. Martin and Puthenpurackal found that “Berkshire Hathaway’s portfolio is concentrated in relatively few stocks with the top five holdings averaging 73% of the portfolio value.” As Buffett himself has said, “if you really know businesses, you probably shouldn’t own more than six of them. If you can identify six wonderful businesses that is all the diversification you need… going into a seventh one, rather than putting money into your first one, has got to be a terrible mistake.” Buffett has even gone so far as to say that he would have been willing to allocate up to 75% of his portfolio in the distressed assets of Long Term Capital Management in 1998.

Charlie Munger, Buffett’s partner at Berkshire, has quipped that you could be adequately diversified if you owned the best office building in town, the best apartments in town, the dominant car dealership, and the highest grossing McDonald’s.

Now, to be clear, these three are speaking primarily to dedicated investors willing to devote time and intensity to studying businesses. Broad diversification achieved through index funds is likely the best strategy for the majority of market participants. But for those who make it their profession to beat the market’s returns, concentration is an important component of success.

All told, this series gives voice to my growing conviction that the majority of one’s investing returns will come from a few great ideas. Looking at Buffett’s returns, substantial gains came from relatively few holdings—National Indemnity, American Express (the first time), Geico, See’s Candies, Capital Cities, the Washington Post, and Coca Cola. Though countless reasons can be offered for diversifying, it is hard to argue against the success that has followed his concentration.